Daman - How to go, places to see, things to do

Daman : A marriage is often said to be end of one life and start of another. No wonder we often try to make the end as glorious as we can. That's what, we had decided for a very close friend of ours. It had to be party, which neither we nor him should ever forget. Initial plan was to go to some far off place with lots of activities to do. But for some reason or other, all plans seemed to subside.That's when one of us suggested, "Why not go to Daman ?" Daman is often said to be a heaven for party revelers.  Its a place quite near to Mumbai too. Less than 3 hours ride. So, Daman it was. The planning was done pretty quick, a half a dozen of us got on a car and we were off to Daman.

How to go : To reach Daman, one has to take the Western Express highway or NH-8. Its a smooth ride as the roads are pretty good. Within no time we were at the check nakka of Gujarat state. Our driver did some paper work at the office, meanwhile we were involved in some photography sessions. After crossing the check naka, in no time we reached Vapi. At Vapi we needed to take a left and get on the Vapi-Daman road. From there it is a pretty straight route. Not for us though. Instead of taking a left, we went slightly ahead and took a left on a parallel road which was ahead of the Vapi-Daman road. We had to cross a railway crossing. After that, we again came back and joined the Vapi-Daman road after asking a few locals.After driving slightly on the Vapi-Daman road, we came across a four way crossing. To reach Moti daman, you need to take a left. In case you go straight ahead, you go to Nani Daman.

In case you are coming by rail. You need to get down at Vapi railway station. There are regular taxi and bus services available to Daman from the railway station for a nominal fare.

Places to see :
Moti Daman and Nani Daman:
Daman is divided into two major regions Nani (small) Daman and Moti (large) Daman by the Daman ganga river. Both the regions are connected by a bridge known as Rajiv Gandhi Sethu- Bridge. Although the name Moti indicates large, from a tourist point of view Nani Daman is much bigger place than Moti Daman. That's because most of the resorts and hotels are on the Nani daman side. Moti Daman is more reserved for factories, government offices etc. Daman is a heavy industrial area. Daman & Diu being a union territory lots of industries are set up here and the neighboring Vapi. Most of the slew ends up in the beaches of Daman.

Jampore beach (Moti Daman) :
In comparison of the beaches, the beach on the Moti Daman side, i.e. Jampore beach is much better than Devka beach on the Nani Daman side. Devka beach is mostly rocky and hardly any beach to speak about. There is a certain stench as well on the beach at the Nani Daman side. However, not so with Jampore beach. We decided to have a look at the Jampore beach and then return to the Nani Daman side. There are signs presents everywhere to guide the passers of the location. So, Jampore beach was easy to locate. There was just one hotel in the vicinity, Hotel China town. There were a lot of trees. And after the array of trees, there were the famous shacks of Daman. Beyond them was the barren beach. It was around 2-3 when we reached the beach and it was a time of low tide. The sea water was just too far, what was left was the neat,fine beach. Perfect for a game of cricket. Within no time we hit the pitch or rather beach. Many of us enjoyed the game of cricket, playing together after ages. Obviously, no one was really keen to field. Some of us really hit good form and were hitting all over the place including the sea. With one bounce out rule made it really interesting.It was great fun. Some old rivalries were revived and some revenges taken.
After an exhausting game of cricket, we ended up lying on one of the shacks. Drinks were available on the shack. The side dishes (read chakna) that you get along with them were bhel, some nice masala chana and what not. Notably, the shacks were more busier than the beach itself. We spent almost couple of hours there talking about almost the entire world. The time spent at Jampore beach was probably one of the highlights of the trip.

Forts of Moti Daman and Nani Daman:
There are two famous and historic forts, one each in Moti daman and Nani Daman. As the name suggests the fort in Moti daman is a massive one and the one in Nani is a smaller fort. Both these forts were built in the 16th century by the Portuguese to protect against the Mughals who ruled the area until the Portuguese arrived. Many present day government offices are now placed in these forts.

Cathedral of Bom Jesu :  Another historic place worth visiting would be the cathedral of Bom Jesu. Yet another 16th century church built in typical Portuguese fashion, its one monument not to be missed. The carved doorway as well as the interiors and lofty ceiling are a pleasure for sore eyes. There are six statues as per the Roman Catholic tradition and rosewood carvings all around the church are magnificent.

After the exhaustive afternoon adventure, we were in no mood to spend more time outdoor. So, we skipped the forts and chapel and were off to Nani Daman resorts.

Places to stay : We were looking for a resort/hotel which had a swimming pool. Our driver informed us that there are only 3 hotels in Daman which had a swimming pool - Sandy resort, Hotel Miramar and Hotel Cidade-de-Daman. The hotel Sandy resort looked neat, with a barbecue next to the pool. There was a party going on. However, it was totally booked that day.We checked out the remaining hotels and finally decided on Hotel Mirarmar. Unlike Sandy resort, this was attached to the beach. It was a nice hotel which offered complimentary breakfast. We checked in the evening. The hotel had a huge pool and adequate space for parking. However, the pool was closed in the evening.  The security at the gate was in traditional dress with a big mustache almost resembling the AirIndia mascot :p We had taken two rooms next to each other. The rooms were neat and had all basic facilities like 24-hr hot water, A.C., LCD T.V. One of the rooms had some problem with the A.C. which was sorted out rather quickly by the helpful hotel staff. Initially we thought of partying by the beach. But, the presence of mosquitoes dissuaded us from partying outside. We partied in the hotel room. Won't go into too much specifics here. All I can say the party went quite late in the night and we were thankful to the hotel staff for the excellent room service which continued as long the party lasted.

Found some time in between to have a stroll along the rocky Devka beach, which is on the rear side on many resorts. Must say the beach itself is not really the best place to hang out in Daman. We returned rather quickly back to the resort.

Return : The next day started in the pool. The pool at Miramar is really a good one. Bifurcated well for young and old. The are stools in the pool where one can sit and even have some drinks. But, didn't really try anything of that sort though. After spending some time pool side, we packed our stuff and were out in the restaurant for some breakfast which was complimentary in our stay. The hotel offered some really nice options from south indian, european cuisines. We had our fill and checked out the rooms. Sadly, we didn't leave the room in a good shape. Overall Hotel Miramar is a good recommended hotel. Our return journey was a rather smooth one. Most ended up dosing off and within less than 3 hours we were back.
Summary : Although it was a memorable trip, However, from a historic point of view,there is nothing much to see in Daman. For nature lovers, this is no Kashmir or Kerala. For beach lovers, if you go expecting a Goa, then you will be disappointed. Must narrate an incident when we inquiring about the hotels. One of us asked one of the hotel receptionist, "Is booze available ?". The hotel receptionist smiled and answered, "Yes, of course, You are in Daman". That signifies Daman for you. It is the place to be for party revelers for its various resorts and specially the cheap booze. No wonder, people from neighboring liquor-banned state of Gujarat flock Daman on weekends.  Some may like Daman, some may not. However, when you are with friends any place is good, so was Daman. Enjoy your stay !!! 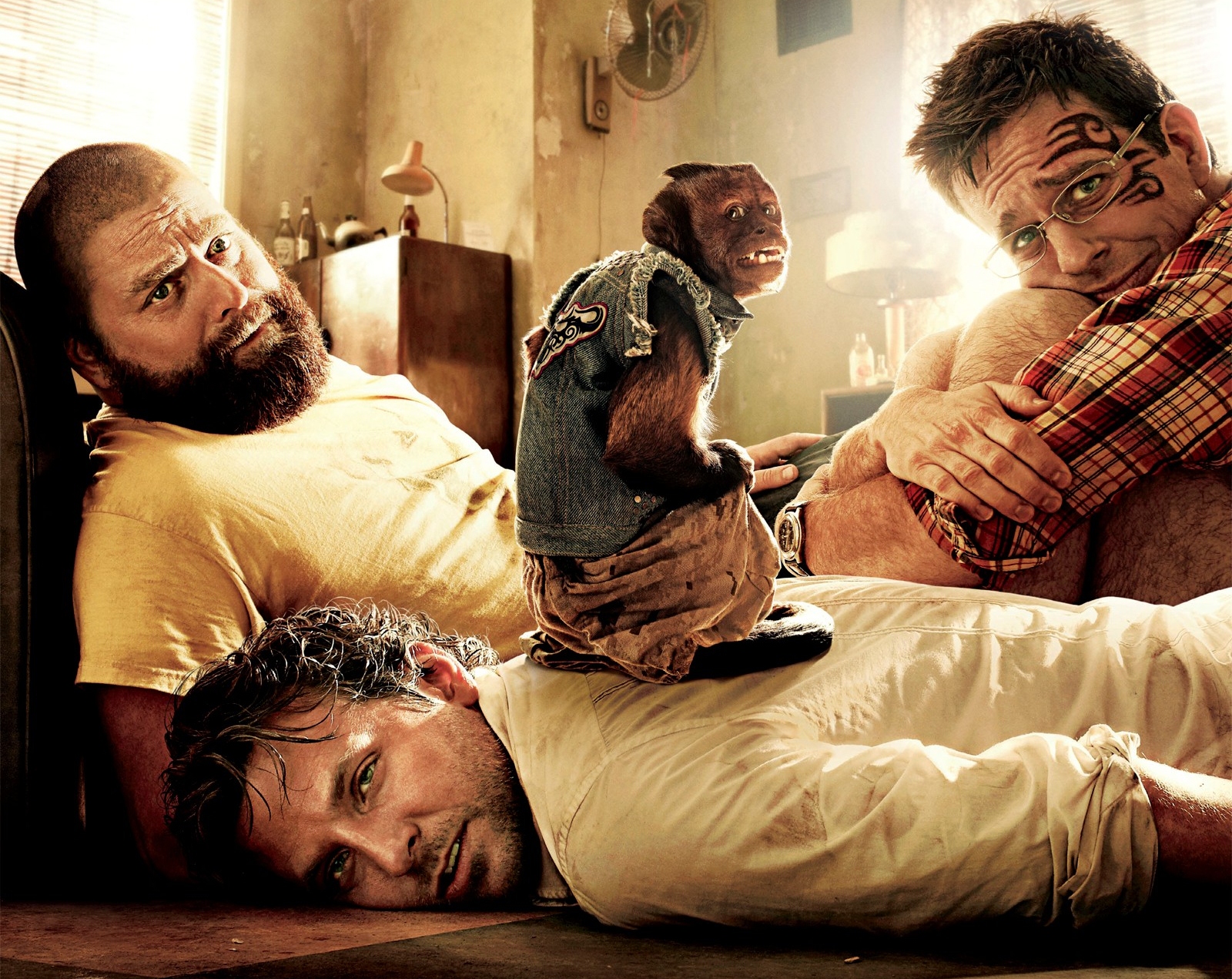